Caught in contradiction: making sense of child marriage among Syrian refugees in Lebanon

Based on data collection tool SenseMaker®, this research explore drivers of child marriage from the perspective of Syrian refguees in Lebanon, and reflects on solutions.
Télécharger ressource 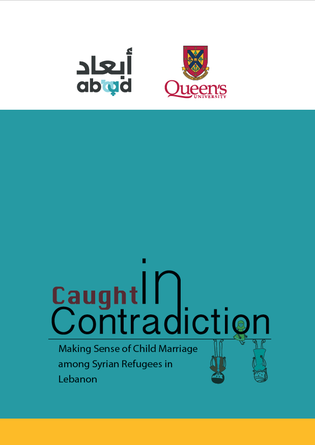 This study looks at the experience of Syrian refugee girls in Lebanon. Researchers invited communities to share a story about the life of a Syrian girl in Lebanon, and used a data collection tool called SenseMaker® to ask them questions and identify key themes coming out of the 1,422 stories. While the researchers didn't ask about child marriage, 40% of the stories were about or mentioned child marriage.

Like previous research, this study found that increased poverty, protection concerns, and a lack of services and protective social and legal mechanisms exacerbated child marriage among Syrian girls.

One other key finding of this research was the difference between how men and women perceive why child marriage happens. For example men mainly thought it happened because of increased poverty while women felt it was because of increased insecurity. The research suggests that it may be more effective to use different strategies according to gender to address concerns of men and women. The research also found that in some cases, girls "choose" to marry, hoping to escape difficult living conditions.